Lead Respect Writer at Changing America by The Hill, City Editor at InsideHook covering Washington, D.C. and New York City. Dynamic freelancer with a deep love of travel, culture, and the environment. Proud member of the LGBTQ+ community.

I'm also a freelance writer and creative consultant living in New York City. My primary beats are social justice, culture, food, and travel, but I've covered everything from the rise of organic marijuana (for National Geographic) to social media slacktivism (for Women's Health in print), and beyond.

Though I'm currently based in NYC, I've also called Washington, DC and Los Angeles home (and take assignments in both cities). I hold dual U.S. and Icelandic citizenship, so I'm also able to work across Europe without requiring a visa.

My reporting for Changing America by The Hill on the topics of equality. 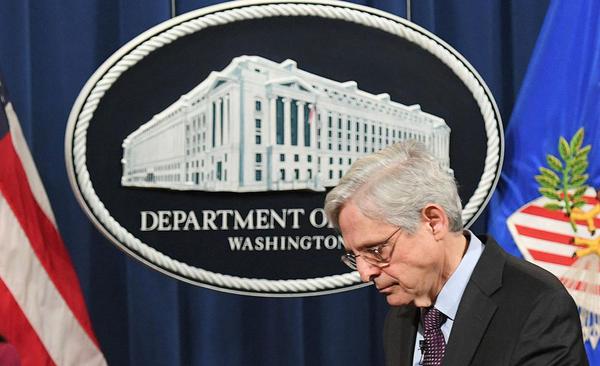 Attorney General Merrick Garland announced yesterday that the Department of Justice intends to launch a sweeping investigation into the Louisville Metro Police Department. The news arrives on the heels of a guilty verdict handed to former Minneapolis police officer Derek Chauvin, who was found responsible for the death of a Black man, George Floyd. Floyd’s death amongst others, especially men of color, at the hands of police officers inspired the opening of a pattern or practice investigation i 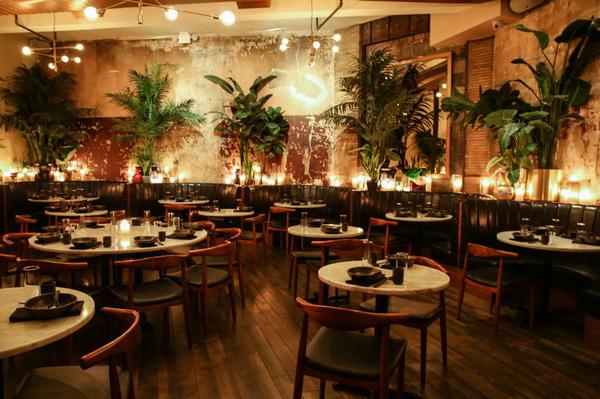 A poignant 2020 memory for many Asian Americans remains the first time we witnessed then-President Trump call the novel coronavirus the “Chinese virus.” At the time, the World Health Organization was cautioning everyone to avoid using the derogatory and misleading term, among others such as the “kung flu” and the “Wuhan virus.” It was hard to fathom such an offensive term being used by a sitting U.S. President; sadly, it was also completely unsurprising. Fast-forward to the present and we can s 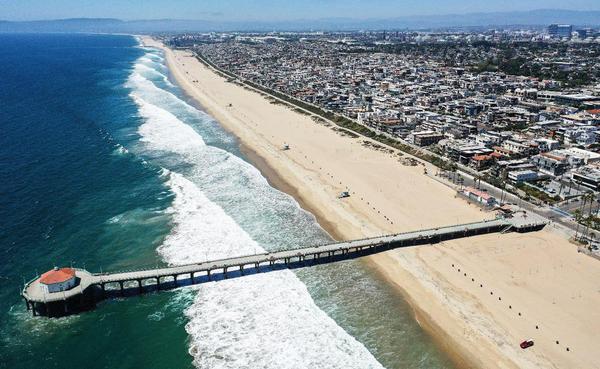 California state and Los Angeles County legislators are trying to provide justice for the descendants of a Black couple who owned a beach resort in Manhattan Beach, before the property was torn from them during the Jim Crow era. More than a century ago in 1912, Willa Bruce purchased lots along the beach for $1,225 and ran a popular lodge, cafe and dance hall that provided local Black families a way to enjoy their weekends on the coast during a time of strict racial segregation. The area was ref 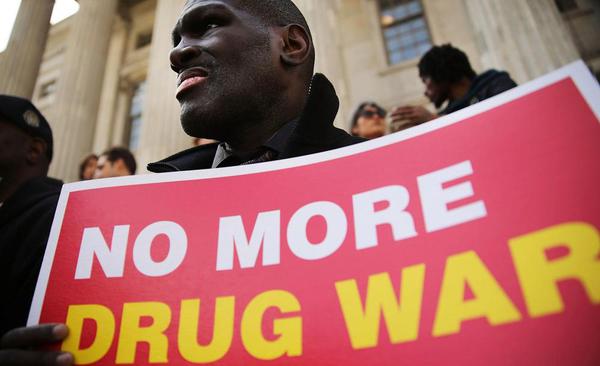 This week, New York became the 16th state to legalize the recreational use of marijuana, finally overcoming years of stalled attempts. The cannabis legislation was signed by Gov. Andrew Cuomo (D) on Wednesday, following a day of intense debate among lawmakers in Albany. Through the new program, millions of dollars of tax revenue from cannabis will be reinvested into minority communities that have continued to be ravaged by the decadeslong war on drugs. The robust program legalizes cannabis for 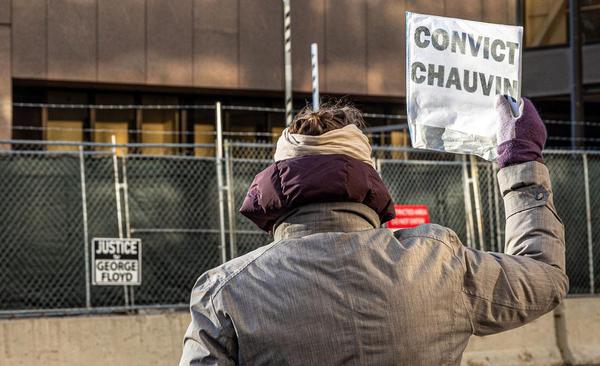 On the third day of Derek Chauvin’s murder trial, a witness who saw the early moments of George Floyd’s arrest last Memorial Day broke down in tears while on the witness stand. “Oh my god,” Charles B. McMillian said as he wiped tears from his face upon watching the emotional video of Floyd calling for his mother and saying “I can’t breathe.” It has now been 10 months since the death of Floyd, who died in police custody after Chauvin sat with his knee on Floyd’s neck for nearly nine minutes. Pu 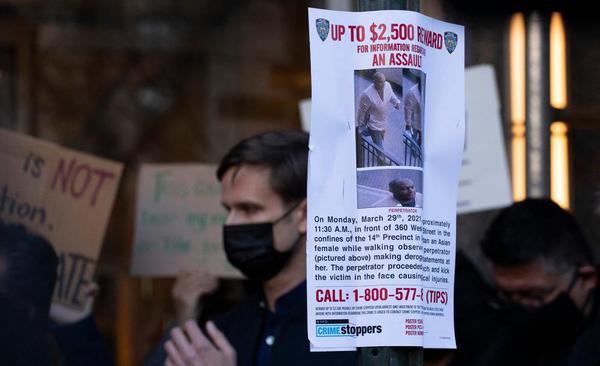 A man in New York was arrested and charged early Wednesday morning in connection to an attack on a 65-year-old Filipino woman earlier this week. The brutal assault was captured on camera Monday morning just before noon in the Manhattan neighborhood of Hell’s Kitchen. The victim was walking to church when the attacker yelled racist slurs at her before he began to assault her, unprovoked. The victim was kicked in the stomach, which knocked her onto the sidewalk. Her assailant then proceeded to s 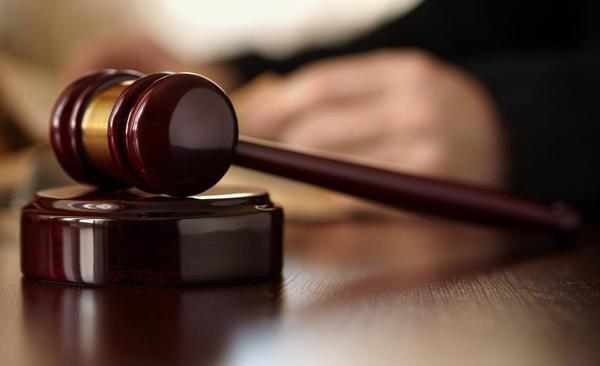 In Minnesota, a rape conviction thrown out because the victim drank alcohol first

According to the Minnesota Supreme Court, a person who is sexually assaulted while intoxicated does not fit the designation for a more serious charge if he or she consumed the alcohol or drugs voluntarily, an opinion that altered the fate of both convicted sex offender Francois Momulu Khalil and his victim. Four years ago in May 2017, a woman identified in court documents as J.S. met Khalil outside a bar in Minneapolis. At the time J.S. was 20 years old and had already taken five shots of vodka

Farmworkers say they are essential workers without essential protections

When Norma Flores López was growing up, her least favorite crop to pick was the onion. “For any 12-year-old coming back from spring break, the last thing they want us to smell like was onions, and let me tell you: once you have that smell on your hands, you cannot wash it off,” says López. “That made me very not popular at school [she laughs], so those were actually sort of my first moments of realizing, oh man, I'm not like some of these other kids. These kids were coming back from spring bre 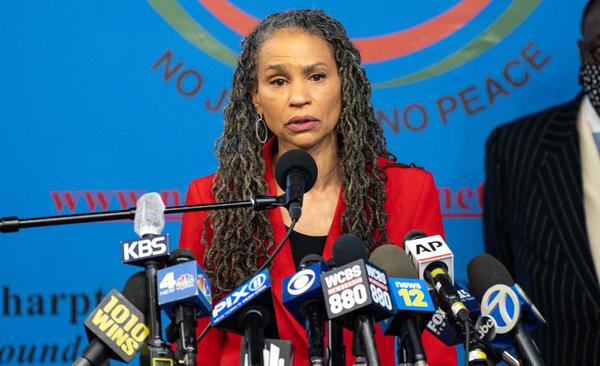 New York City is typically known as being powerful, progressive and a city of firsts. In November 2020, Ritchie Torres and Mondaire Jones, two New York candidates, became the first two openly gay Black men elected to Congress after they were declared winners in their House races. Less than a month ago, the city’s first Black female schools chancellor, Meisha Porter, was named by mayor Bill de Blasio. One important seat of local power has yet to meet an important first, though — New York City h 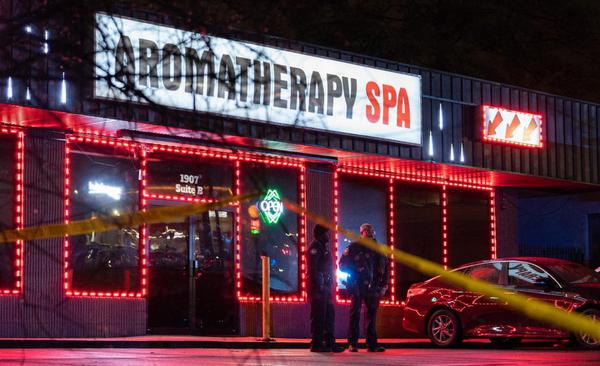 Eight people were killed in a series of shootings in the Atlanta area on Tuesday. The horrific series of events unfolded within an hour, as a shooter likely made their way to three massage parlors in the area. Atlanta police said they found five people who were shot inside Youngs Asian Massage Parlor, two of whom died on the scene and three who were transported to the hospital where two of them also died. All four of those who died were Asian women. Just under an hour later police responded to 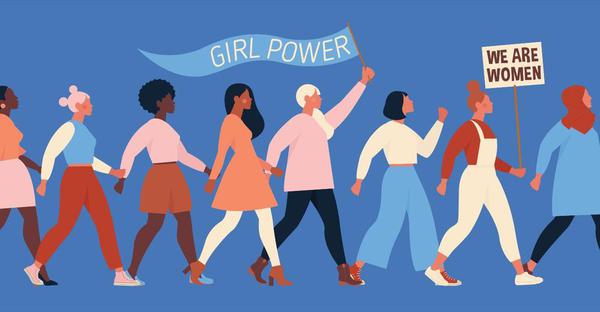 The UN Foundation's Girl Up on how to #LeadLikeHer

Women’s History Month lends itself as a time when we pay tribute to the inspiring women shaping our government, businesses and homes, and was designated by presidential proclamation as a time set aside to honor women’s contributions in American history. This monthlong celebration should also be a time of more solemn recognition for the progress that has yet to be made for gender parity. While women make up 50.8 percent of the U.S. population, earn more than 57 percent of undergraduate degrees a 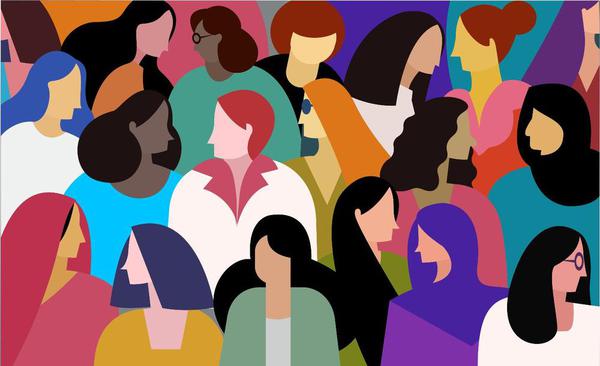 Each year on March 8, the “social, economic, cultural and political achievements of women” are recognized globally with the celebration of International Women’s Day. It was more than 100 years ago in 1910 that an International Conference of Working Women was held in Copenhagen, where the idea of a women’s day was brought forth by a German woman named Clara Zetkin. The purpose of International Women’s Day was to designate a time when women around the world would get the chance to air their conce 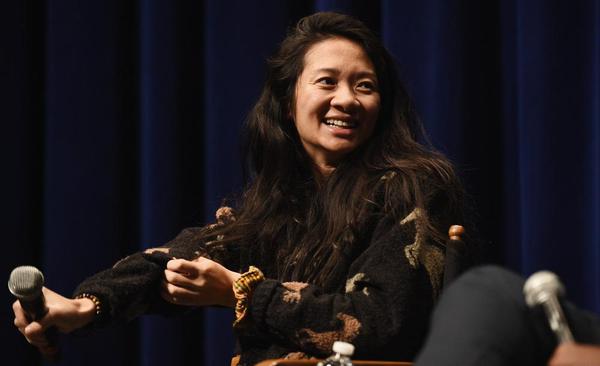 Director Chloe Zhao has won the Golden Globe for Best Director for her film “Nomadland,” making her just the second woman to win the category in the award show’s 78-year history. In taking home the award, Zhao’s superlatives didn’t stop there, as she is now the first Asian woman to take home the award as well. Zhao’s win is representative of a shift within the industry, following years of backlash against the Hollywood Foreign Press Association (HFPA) for what many considered to be a purposeful 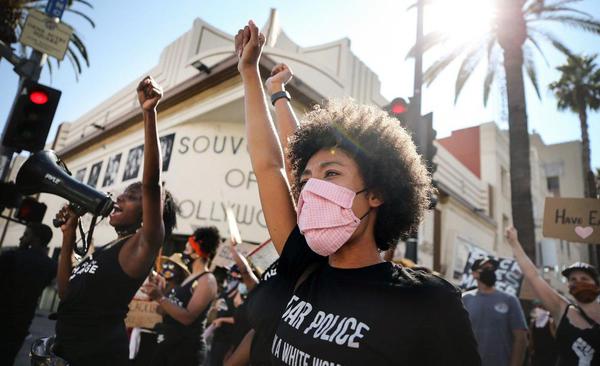 In January 2021, President Biden shared the details of his proposed $1.9 trillion coronavirus relief bill, with many features specifically designed to help the jobless. With unemployment benefits currently set to expire on March 14, the pressure is now on to get a bill passed, which Biden has said would extend those benefits through the end of September. In the meantime, Americans across the country are still trying to make ends meet, especially communities of color, which have been disproporti 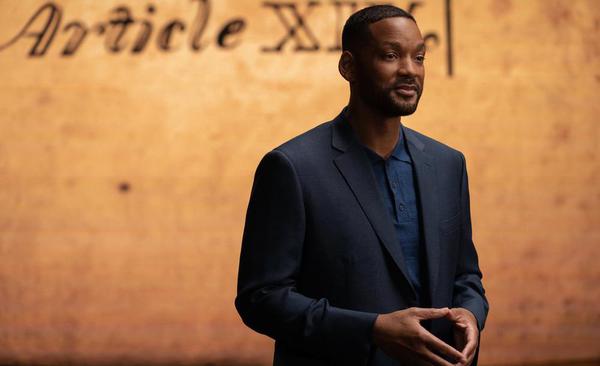 It was in 1868 that what some scholars call “the birth of the modern Constitution” took place, when the historic 14th Amendment was finally ratified. Since then, it has become among the most litigated amendments in U.S. history. Its key provisions promise equal protection of the law for all citizens of the United States, born and naturalized. While that may seem fairly straightforward, the shifting interpretations of the amendment have paved the way for not only the civil rights movement but le 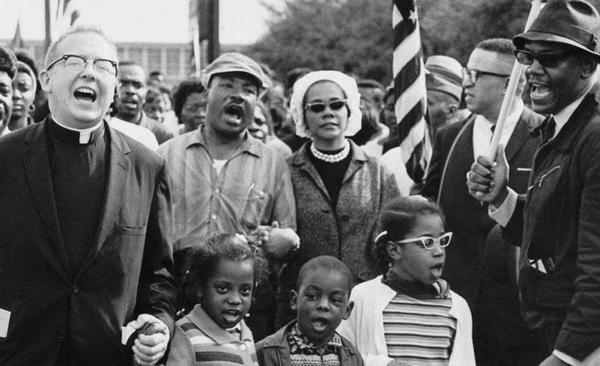 Donzaleigh Abernathy discusses growing up the goddaughter of MLK Jr, the future of the civil rights movement

The daughter of legendary civil rights activist Ralph David Abernathy and goddaughter of Martin Luther King, Jr., Donzaleigh Abernathy has lived the kind of life that reads like a movie script — which makes sense, considering she’s actually spent time in front of the screen, as well, as an actor in the television show “The Walking Dead.” An accomplished author, her literary work “Partners To History, Martin Luther King, Ralph David Abernathy and the Civil Rights Movement” was once nominated as o 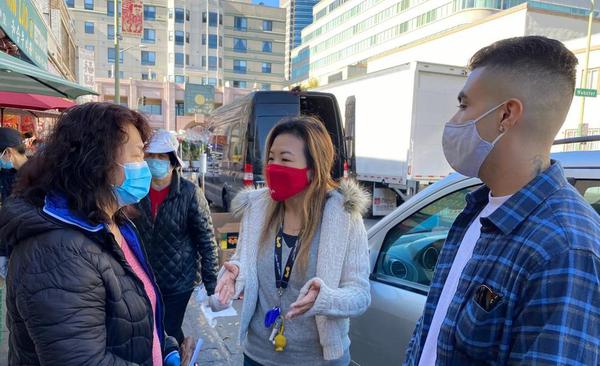 When most Americans mention the “holiday season,” they’re typically referring to the period of time encompassing Thanksgiving, Christmas and New Year’s Day. But there is a huge population of Asian Americans, and Asians around the world, who have perhaps an even more important reason to celebrate a different holiday season in February: Lunar New Year. Celebrated by cultures around the world, Lunar New Year marks the first new moon of the lunisolar calendars traditional to many East Asian countri 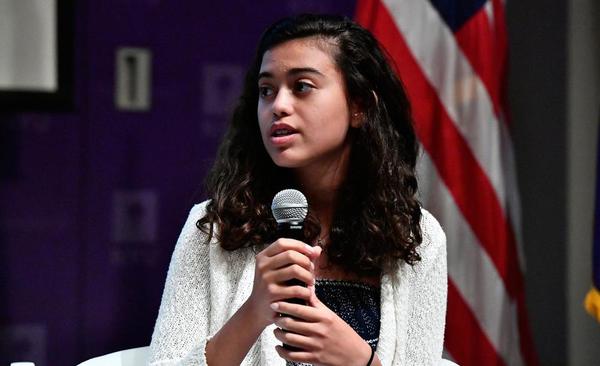 Throughout 2020, members of Generation Z have been making headlines for some pretty unorthodox demonstrations of their political views — from bombarding far-right Twitter hashtags with Korean pop (K-pop) content or rallying on video platform TikTok to promote a mass purchase of Trump rally tickets. According the the Pew Research Center, Generation Z, those born in 1996 or later, is the most pro-government and anti-Trump generation. With that being said, they do not hold the same party alliances 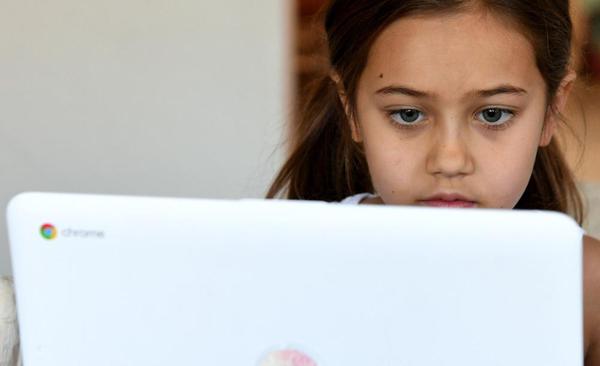 The start of September usually marks a return for students back to the classroom, but pandemic-related concerns are keeping a record number of them at home. Many of these students are now expected to participate in remote learning, meaning they will require a solid internet connection at all times in order to participate in lessons, assignments, activities and more. Remote learning presents a challenge to many students and their families who either cannot pay for or do not have access to high s 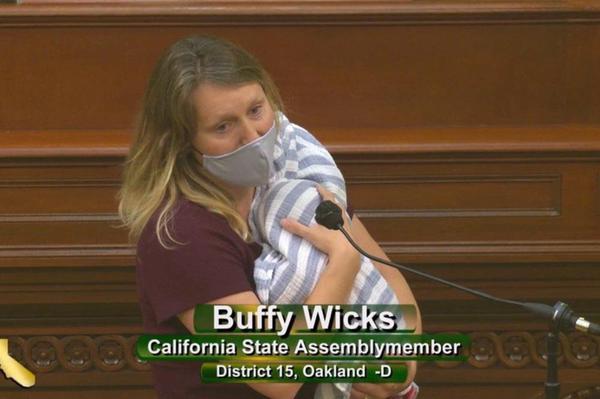 When the final night of the session and one of the most important votes — on affordable housing and key family leave policies — rolled around, California assemblywoman Buffy Wicks (D-Oakland) realized what she must do. Wicks had just given birth to her daughter Elly, who was born with jaundice, a few days earlier on July 26. Elly’s condition means that Wicks cannot be away from her for an entire day, as her baby requires consistent nourishment to stay healthy. Wicks was understandably worried a
Load More Articles
Close ✕